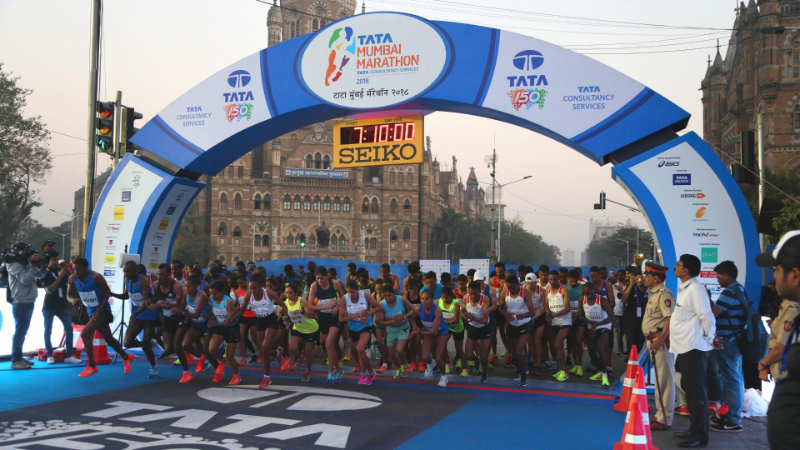 Most Indian Marathons including Mumbai marathon don’t publish the entire timing data, like the world marathon majors. We have to use hacky methods to get timing data. Please note, for this event we could only get hold of 19,963 finishers (7,713 marathon and 12,250 half-marathon finishers) data out of 20,467 finishers. If you have not already, please read our analysis of Mumbai Marathon participation numbers. 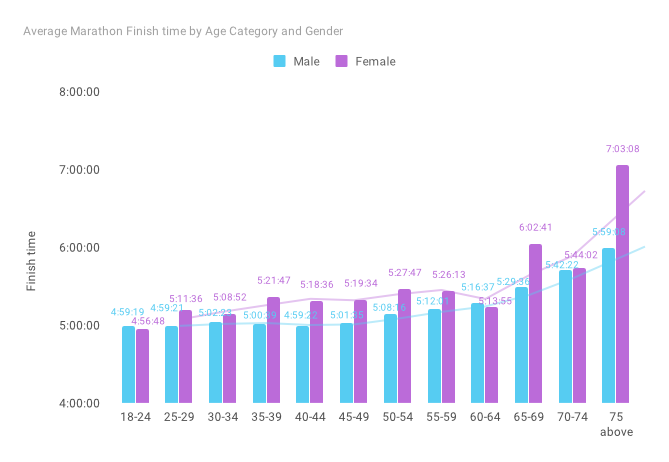 Half-marathon data is not very different when it comes to age categories. 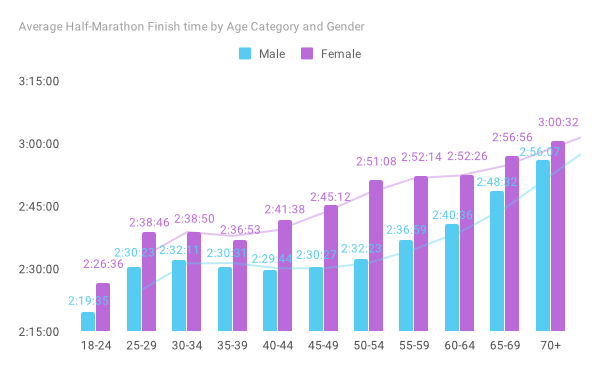 Four hours is the target

We have grouped runners based on their finish times in 10 minute time intervals. Interesting pattern is, round figure of 4 hours or 5 hours seems the target for most marathoners. 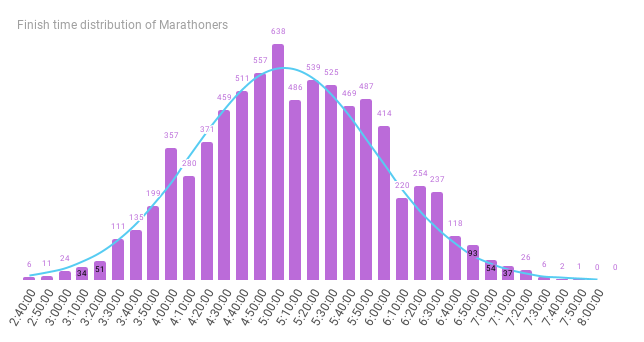 Similar pattern observed in half-marathon distance but not as pronounced. 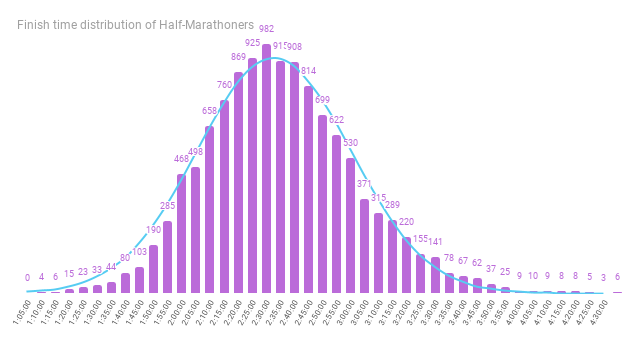 Mumbai marathon 2020 got faster than before

When compared to 2019, finish times of the 2020 Mumbai marathon are much faster. What could be the reason for better finish times?

One hypothesis is weather. Temperature this year is 5-7 degrees lower compared to the previous year. Consistency of runners, and probably access to better training methods could also have contributed. 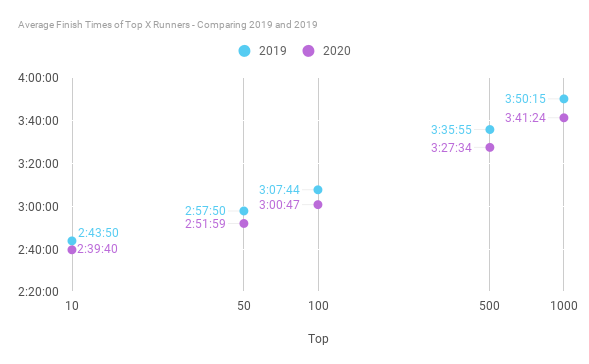 A whopping 46.5% of all marathon finishers from 2020 have also finished in 2019 and came back. How did they finish their marathon this year? 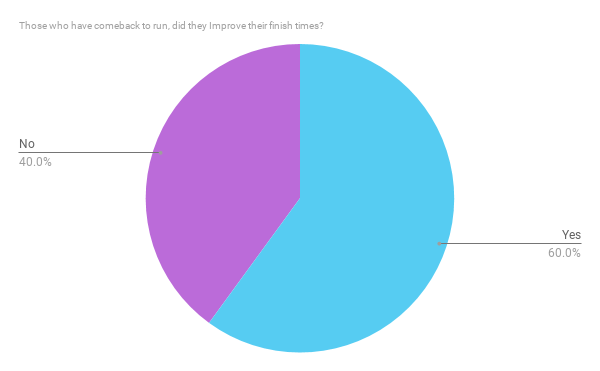 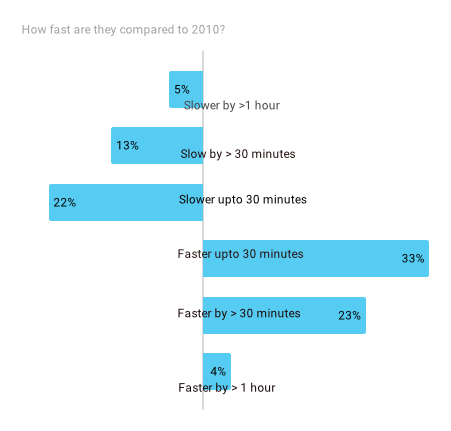 Majority of the runners have finished with a positive split (first half faster than the second half). A similar trend that we have seen in the 2019 Bengaluru Marathon. 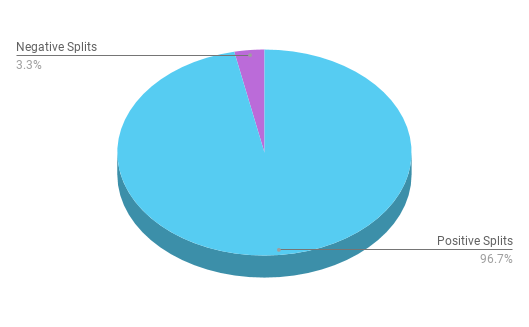 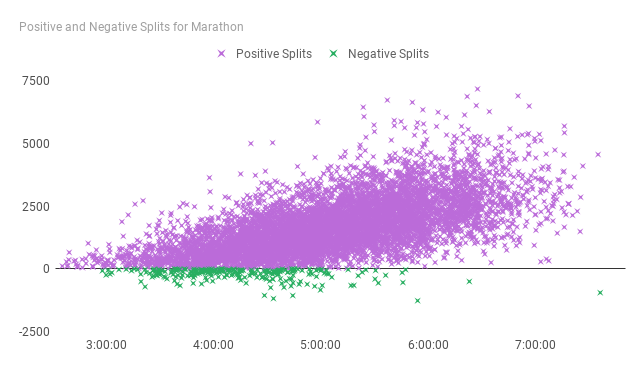 Check out our earlier posts on Mumbai Marathon data 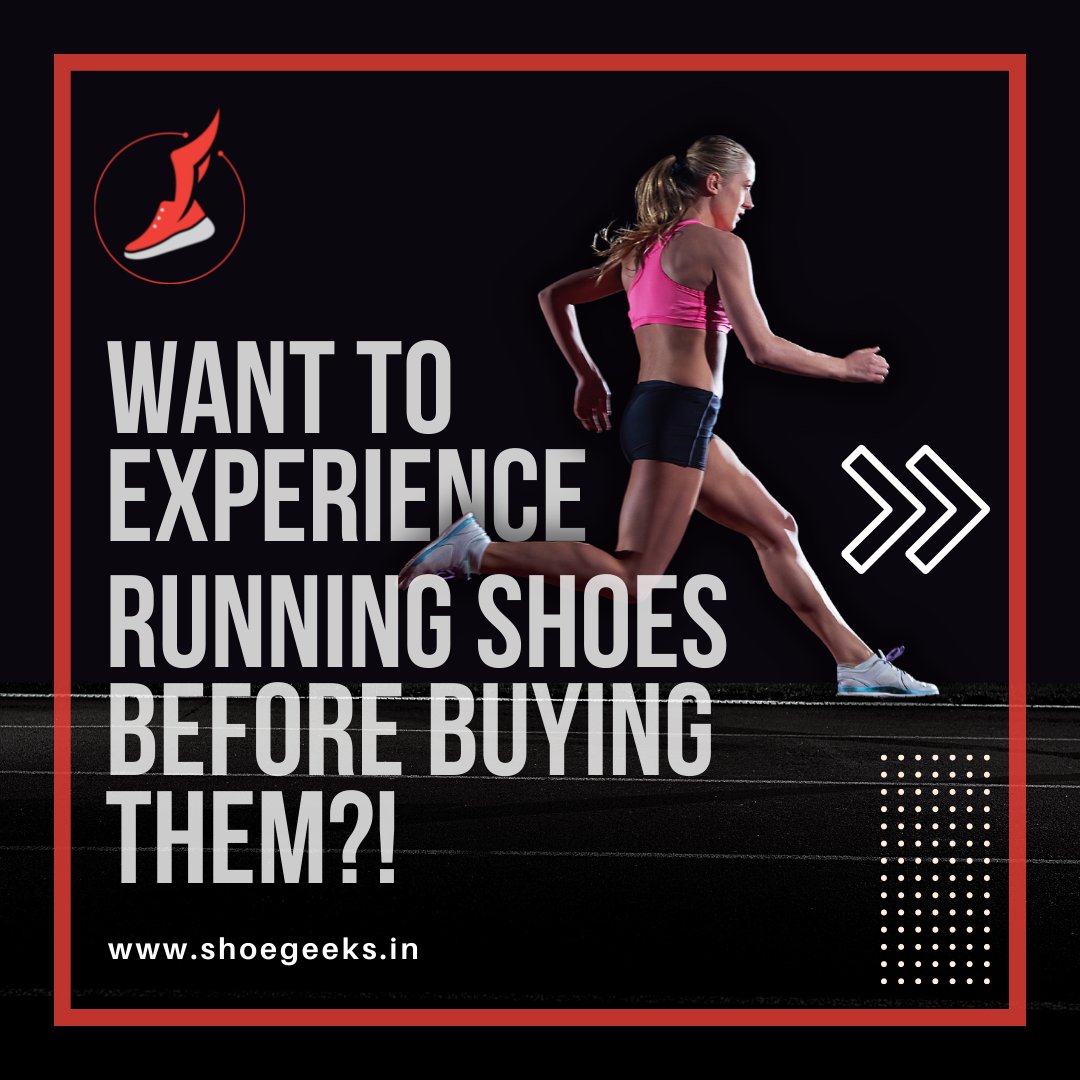 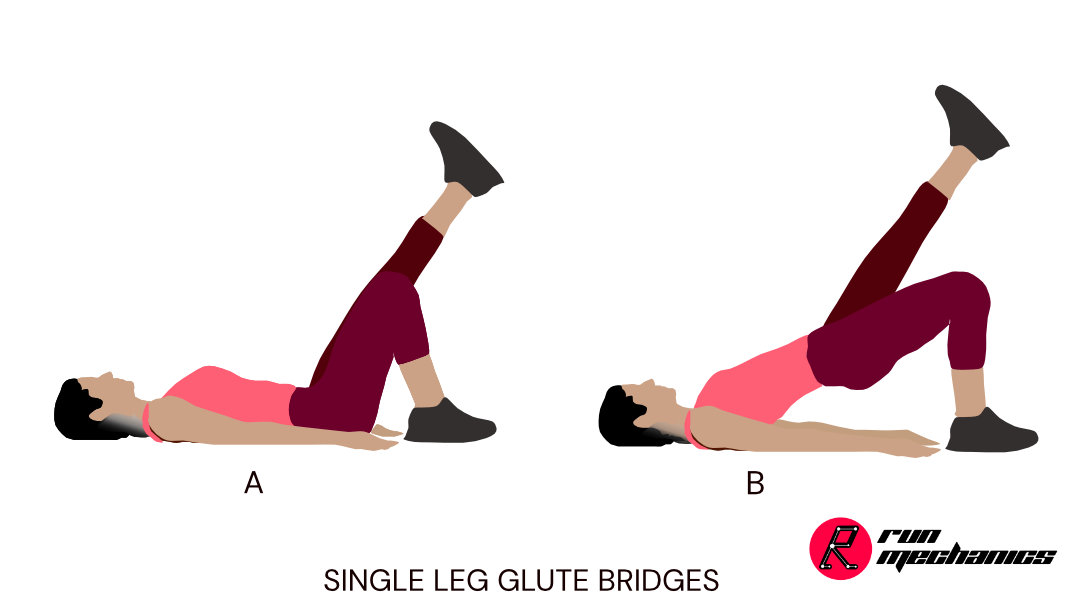