Hip flexion of swing leg is intiated at mid swing, and continues till terminal swing. As seen in the picture below, while the hip extends on stance leg (at midstance), the hip flexes on the swing leg (at swing). 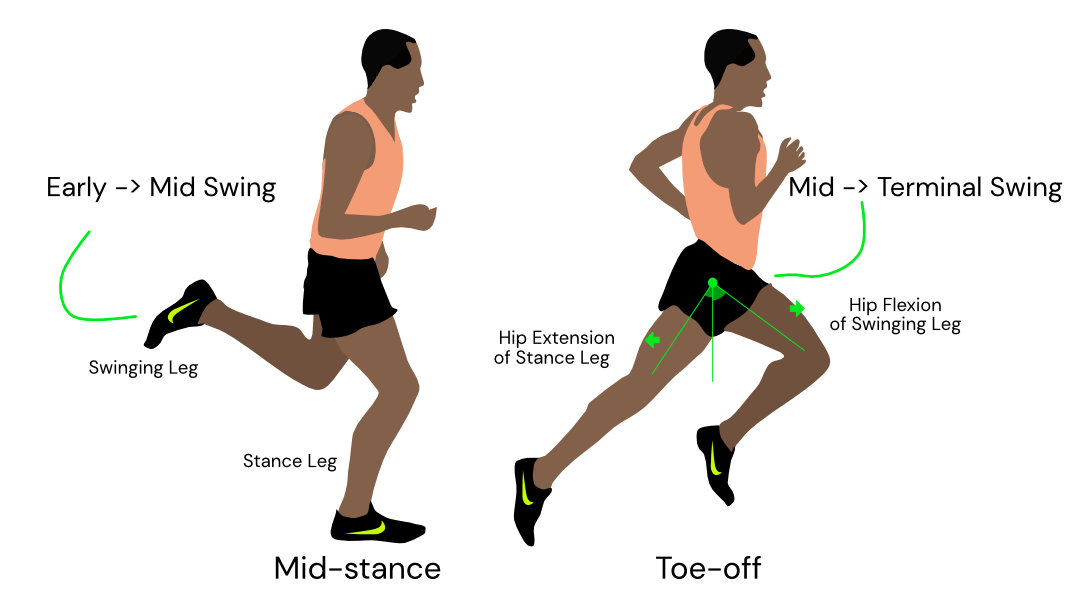 The hip flexor muscles are responsible for hip flexion action. The hip flexors consist of 5 key muscles that are in front of the body: Iliacus, Psoas, Pectineus, Rectus Femoris, and Sartorius. However, in running much of the flexion is driven by elastic reflex generated during the hip extension. The stronger hip extension generates enough reflexive force to flex the hip as the leg swings forward.

As mentioned, hip flexion primarily controls the mid to terminal swing, hence having a significant effect on the initial contact. Good hip flexion is key to good knee drive that we see during the forward swing.

Distance runners wouldn’t need to generate as much Hip Flexion (and knee drive) as Sprinters. That said not flexing the hip enough can lead to bad stride. It is often common to see runners with weak hip flexion, resort to reaching the foot forward to get a bigger stride. This is one of the primary reasons for overstriding. 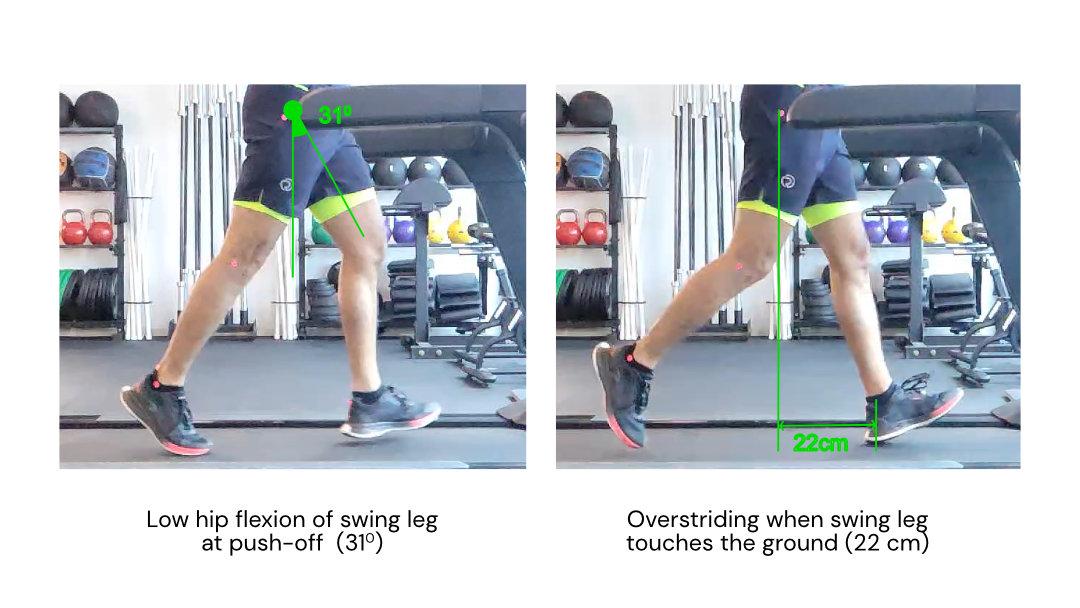 Another related problem is the lack of knee extension while landing. Hip flexion is the joint movement that is closely related to knee extension movement, as it follows immediately after hip flexion. Stronger flexion is often associated with active knee extension down the ground, which is key to pulling the foot under the Centre of Mass and also initiating the next stride powerfully. 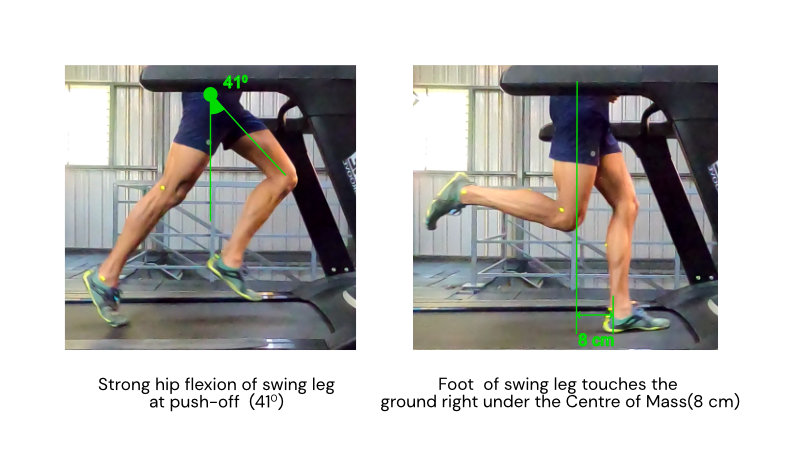 Despite the strong hip extension, many runners may not have enought hip flexion, as they tend to float with the extended knee (causing overstriding). Neuromuscular training is the best way to address this.

Here are few drills that we suggest to our clients at RunMechanics, for better hip flexion.

While ‘High knees’ is an excellent plyometric dynamic drill to strengthen hip flexors, it’s more beneficial to train the neuro-muscualar system for better hip flexion. It also helps to activate the glutes, hamstrings, and quadriceps. 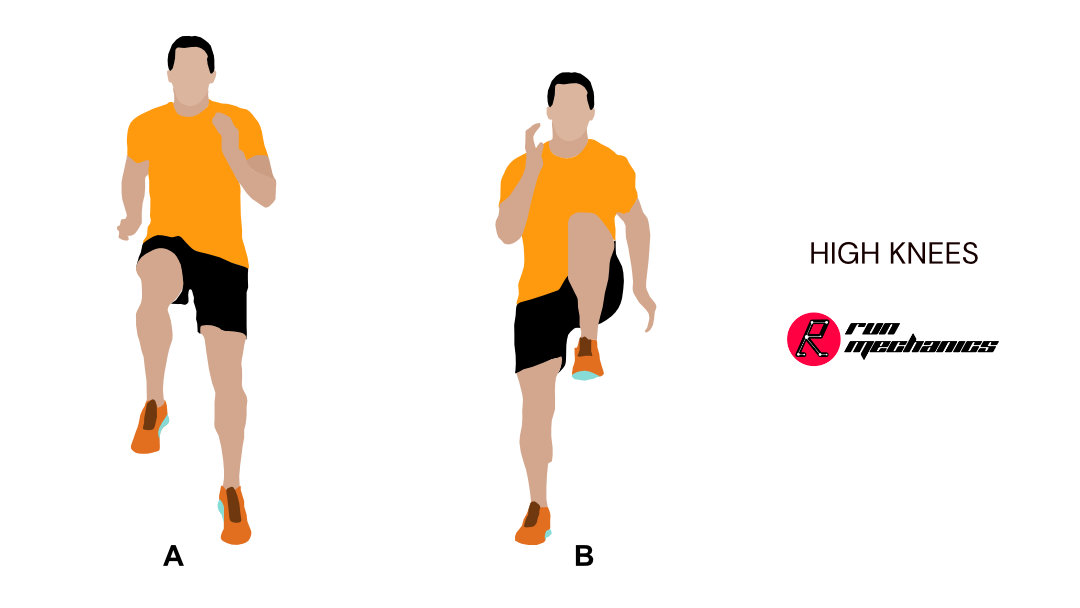 Wall Drill is a classic running-form drill to teach lean forward body posture and hip flexion. It works by training the neuro-muscular system for beter lean lean and hip flexion. 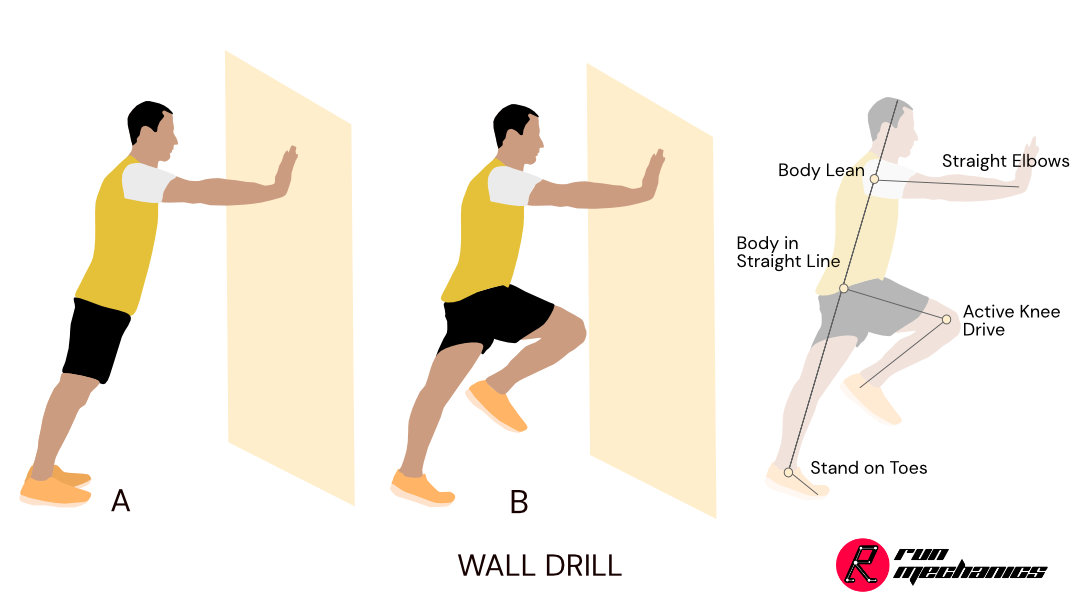 Banded knee drive is a progression to Wall Drill. In addition to the benefits of Wall Drill, it helps in improving the power and strength of our hip flexors, and hamstrings. 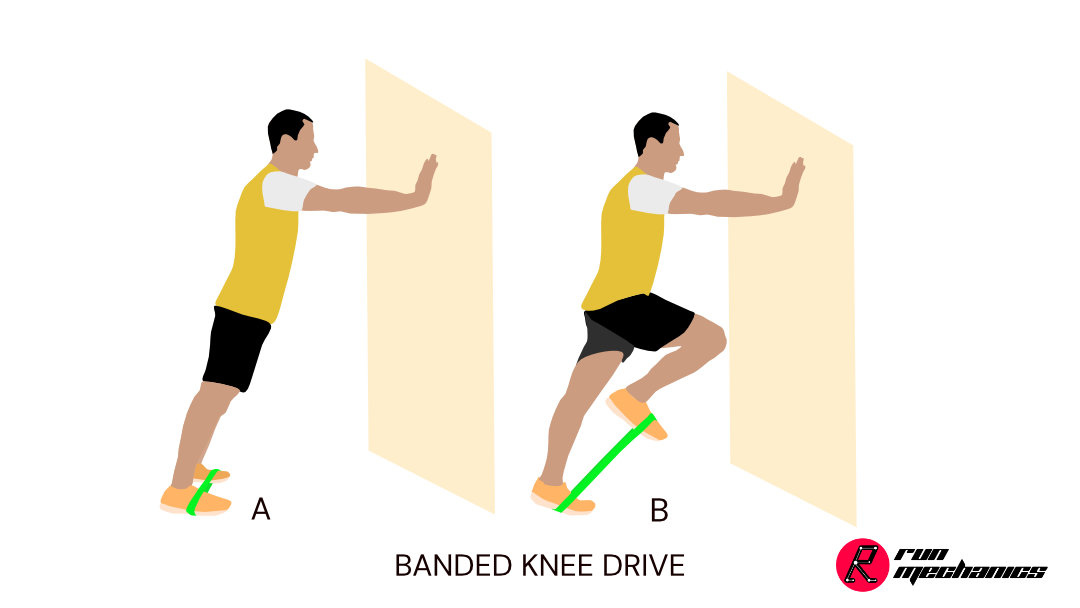 Heisman is a dynamic workout to improve hip flexion and the ability to drive the knee up powerfully. Heisman also improves glute mobility and hip rotation. 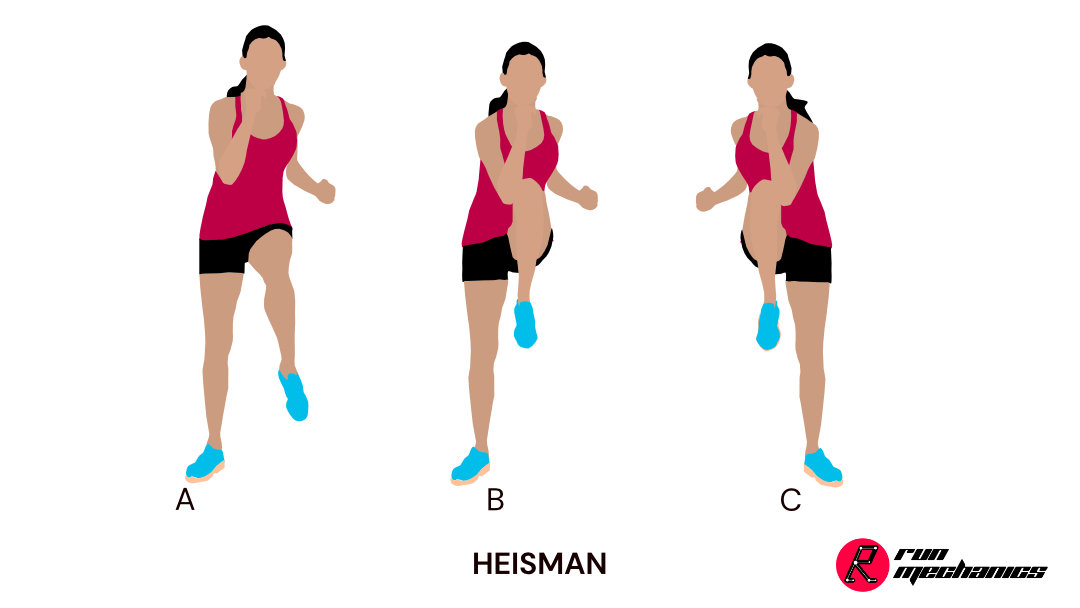